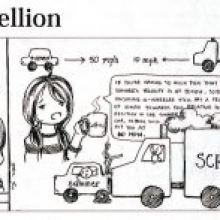 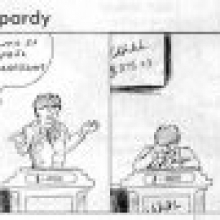 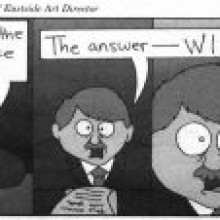 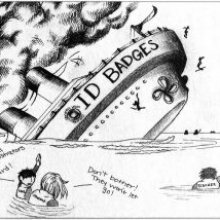 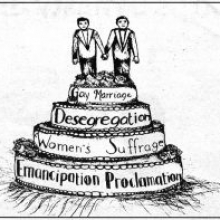 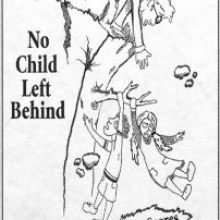 Judges’ comments: “The most important thing a successful editorial cartoon or comic strip can do is to communicate an idea quickly and effectively – ideally with good amount of humor thrown in as well. Though there was a lot to like about each of the submissions for this year’s competitions, the winning entries are all cartoons that communicated an idea or joke in a way that made us think or laugh long after we’d set them aside.

“We’re often asked by prospective cartoonists what’s more important in comics—the writing or the art. Our answer is ‘both.’ While it’s true that a poorly drawn cartoon can still draw a chuckle with a well-delivered punch line, the best comics and editorial cartoons are undoubtedly those with sharp writing and strong art.

“As [student cartoonists], you’re likely still developing your voice and finding out what style works best for you . The best advice I’ve received about this came from my college journalism professor, who told me to ‘figure out what it is about your style that sets you apart from those other millions.’

“I would add that it’s also important to have fun in the process of honing your craft, especially if that craft is comic writing and illustration. If you can have fun while continuing to improve your art and writing, you’ll be in great shape. Keep up the good work and we look forward to seeing what you create in the year ahead.”